How did you get into photography?

When I was starting university, I found myself struggling to cope with things such as social anxiety and stress. It became less difficult when I realized what was wrong - I didn’t have a proper outlet to vent or express what I was thinking. At the time, words were hard to use and communication was difficult. After trying many different activities to help with this, I decided to go outside to Downtown Vancouver to explore and walk around. Having little experience with exploration, I decided to document my experience with a camera. I took my dad's old point and shoot - and the rest is history!

I found that photography offers a vastly different medium to express oneself - it allows the use of previously created things to be set in a frame and perspective that is completely new. You could take 10 pictures at different angles of the same building or object and each one could carry a vastly different feel. Photography is something that, when done correctly, can capture ideas and present them through the lens of the photographer.

Inspiration normally comes in many forms. As an exercise, I would normally walk a route a couple of times around where I'm shooting to figure out new angles to shoot at. Regarding drone shots, I enjoy planning out and visualizing what I'm shooting using Google Earth; inspiration normally can come through experiencing a preview of that image. I would have to say though, that a lot of my inspiration rests in my peers. I like to look at other Vancouver photographers who have so many different and unique methods of shooting. I derive inspiration through appreciating them, and the process that they take to get to some amazing works of art.

What type of cameras and lenses do you use?

I have a Fujifilm xt-20 and a stock 18-55mm, a Rokinon 12mm, and an old Nikon 70-210mm lens with a converter. As well, I use a DJI Mavic Mini for all of my drone shots. The 18-55mm has been my go-to standard for normal street photography, providing me with a lot of flexibility for different types of shots.

The 12mm is an ultrawide, used only when I want to include a large majority of the background in my shots(interiors, angles with natural framing). The 70-210mm is used for faraway objects, although both the 12mm and 70-210mm are manual focus. I'm still working and practicing on getting the shots as sharp as they can be, but so far all three lenses have proven their worth and are extremely useful to me.

Are there any projects you are especially proud of?

A project worth noting is actually more related to photographers rather than photography itself. I, along with a fantastic group of people, are currently working to build a community of photographers located in British Columbia (@streetsofvancity). We noticed that there was a lack of connection and networking between photographers in our area, and so we're in the midst of building up a much-needed place for people to support, encourage, constructively critique, and learn from one another.

As of now, we've reached 400+ members on Discord (A platform built for online communities) and about 7450+ followers on Instagram! I'm extremely grateful for my team and how we've all worked together to get to this point.

What’s the secret! Are there specific types of equipment for taking these kinds of photos?

I've had a lot of people ask me how come the quality of photos from the Mavic Mini look so detailed. The trick is that they're actually not just one picture - it’s normally 2-3 pictures stitched together! The Mavic Mini brings its own problems to the table, with a smaller sensor and the restriction of only shooting JPEG - and so I've often wondered about workarounds for this, instead of buying a better drone.

For me, the technology is only as good as what your skill level is. I wouldn't worry about getting the best equipment right off the bat. For those who are starting photography or interested in starting photography, try to work with what you have or can afford, and learn about your device to find workarounds and produce the best images you can.

What is your favorite image you've captured?

I was in the middle of changing trains when I saw that this shot had lined up for me. I really thought that this was a perfect reflection of the "New Normal", with masks and an almost empty carriage. The train started moving as soon as I took my camera out, however, and a combination of both the momentum and the shake from the carriage made it near impossible to get right.

Knowing that I would never get quite a shot like this again, I ended up changing to a fast shutter speed and firing off about 50-70 frames in succession. Out of those 50-70 frames, there was one that lined up perfectly, and I was quite relieved to get at least one shot that worked out in my favor. 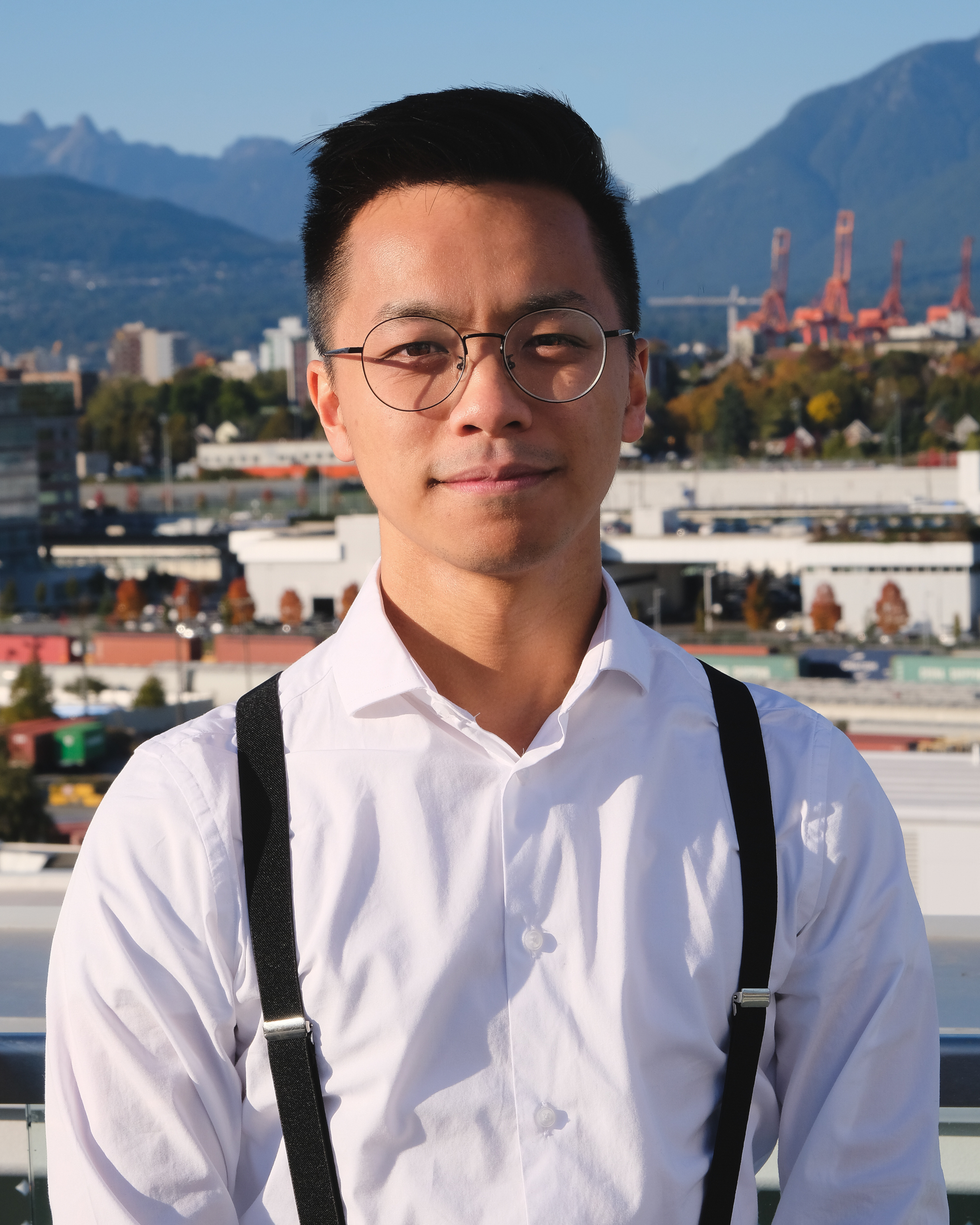 Jeremy Lee is a street/urban/architecture photographer from Vancouver, BC. He is currently in his 4th year in university studying Computer Science, and uses photography as a medium to express himself to other people. He hopes that by looking at his photography, the viewer will not only be able to see the life of a city, but will also share in the perspective that comes from exploring and looking around.

You can find Jeremy's latest photos on Instagram(@jw.klee), and find prints from him at https://jwkleeprints.square.site/.