What drew you to photography?‍

When I went to leave on a study abroad program in college my dad gave me his Canon camera to capture images around the world. I had no idea how to shoot anything but I just played with and experimented and became hooked while traveling.

Traditionally I've been into nature landscape shots during lots of backpacking trips but lately I've been looking for interesting urban patterns or interesting people by literally just wandering on foot or local bus.

What type of camera and lenses do you use?

Are there any projects you are especially proud of?

I've self published 3 photobooks with articles with some collaboration with other photographers. I'm currently working on a very specific Portland region with all B&W ILFORD film via my Yashica-D 120mm called "Killingsworth." It's really made me look around and start getting leads for finding the most interesting people living alternative lives and other hidden photo gems for different sights while approaching gentrification is inevitable.

How did you get into photography?

After my study abroad trip I set it aside for a few years while touring with several bands but when I got back into backpacking I dusted off my cameras and have been hooked ever since.

The "Killingsworth" images are my current favorite because it's a combo of spontaneity and planned shoots. One of my favorites is there was a guy next to me at a bus stop that had some stuff smudgen on the glass so it was roughly opaque with a little bit of light. I had him put his hand on the other side and it was a vivid kinda spooky abstract photo of a hand that I've gotten good feedback on. 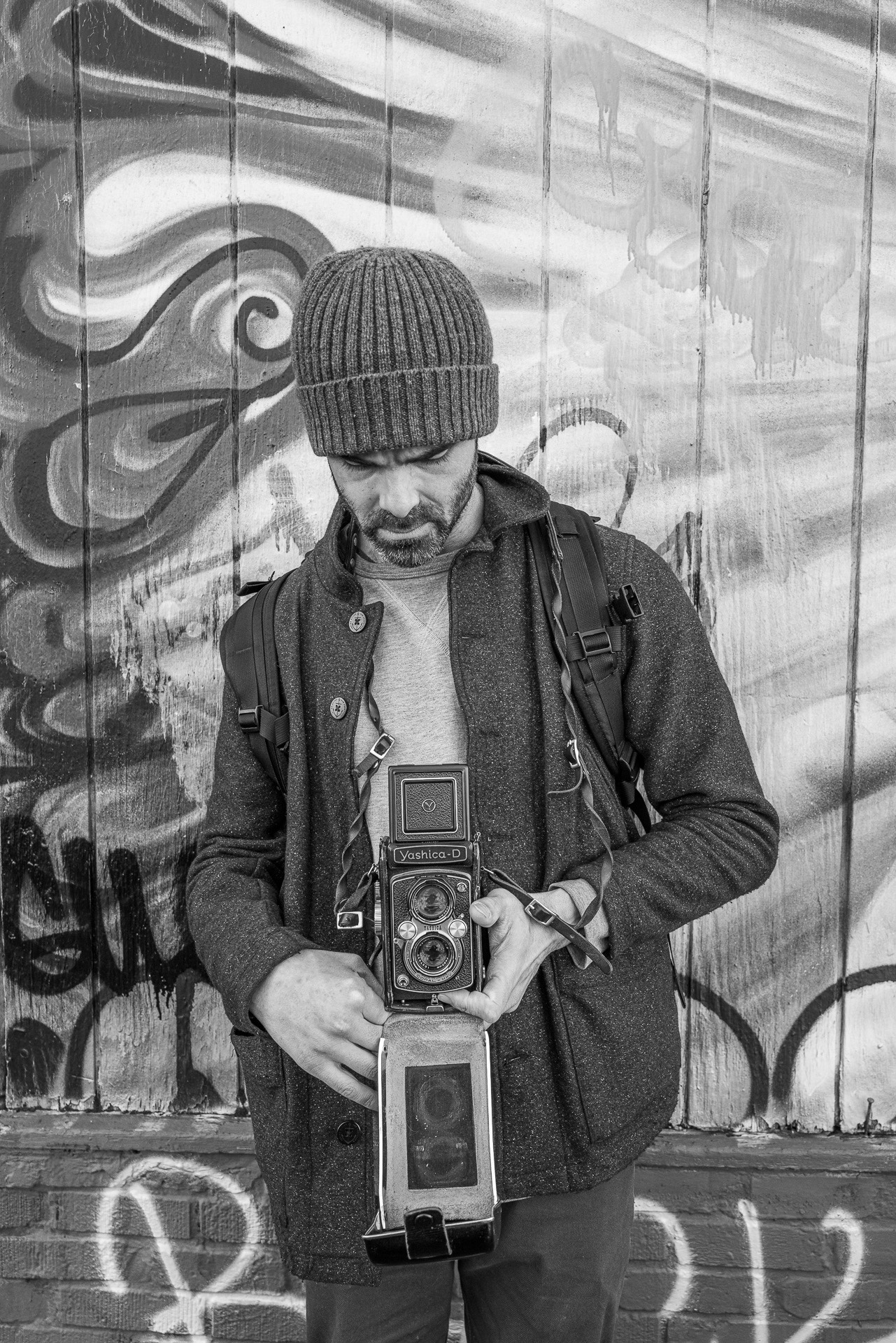 Andrew is a photography and photobook director at Earth, Etc.