How to Take Perfect Photos of a Lunar Eclipse

Photographers, scientists, and members of the public await this month's Super Blood Moon with excitement. On January 21 and January 22, the so-called "Wolf Moon" will glow red around the world.

But if this is the first time you've shot a lunar eclipse, now is the time to get ready. And you'll need to know the technical requirements for the perfect photo. Don't worry, though. We've compiled a few tips for taking clear and detailed photos of lunar eclipses.

It's important to differentiate a standard moon photo from a shot of a lunar eclipse. Why? Well, the main difference is the amount of light present. The sun's light is being blocked by the Earth, so capturing details is much more difficult.

You're going to need a camera with a very low minimum shutter speed. And if you're shooting with a particularly long lens, you'll need a camera capable of delivering a very high ISO level. Look for something that is capable of handling noise when the ISO levels are high.

The best shots of a lunar eclipse involve the moon and nothing else. That is, of course, unless there's some breathtaking scenery in view. The longer the lens, the more detail on the darkened moon you'll be able to capture.

Just remember that using a longer lens involves a higher shutter speed. You'll need to weigh up which is more important. Practice regularly before the event to ensure you have a camera capable of delivering.

This is where things get a little technical. According to Photography Life, you'll need an exposure of 1/125 to 1/250th of a second at f/11. You'll also need an ISO setting of between 100 and 200. You'll eventually have to adjust the exposure in order to capture the dark side of the moon. You may end up with an exposure of one second at ISO 200.

Shoot the blood moon with a long lens to capture sufficient detail. Something 300m or bigger should work. But don't forget that the prices of a larger lens are often blurriness and camera shake.

The moon will move quickly across the frame, so you'll need a high ISO setting. But the price of this is a grainier picture. You should experiment with different settings well before the lunar eclipse takes place.

To capture the full detail across the entire moon you're going to need:

This could cause unstable images. You can mitigate some of the issues you experience by creating a stable setup for your camera. Mount it on a tripod, and use a remote shutter release to minimize movement. You can also use a mirror lock-up mechanism to enhance stability.

You're going to need all the help you can get if you're going to take the perfect image of the upcoming lunar eclipse. But bear in mind that autofocus won't deliver results, as parts of the moon will be in near darkness.

Practice shooting in manual mode, using a "live view" feature (or the equivalent). Use this setting to get a sharp image. Once you have it, you can revert to a wholly manual mode. Keep checking your LCD display to ensure the moon appears crystal clear.

Be Prepared to Move Your Camera

The moon will move through the sky relatively quickly. As a result, you'll need to constantly move your camera throughout the four-hour event. Use a motorized tripod with a remote control to minimize interference.

Take As Many Shots As You Can

A red moon only occurs two or three times every three years, so getting as many shots as you can is crucial.

But don't stick to the same settings.

Try various ISO settings, shutter speeds, and apertures, as well as different lens lengths. Once you're ready to edit with photo editing software, you can choose the best shots and touch them up if necessary.

‍Tip: Be sure to make notes about the settings that worked with your camera. You can replicate them when the next "Wolf Moon" appears.

The moon will be at its darkest and reddest for a relatively short period. However, the whole event can last for up to four hours. In Europe and North America, the lunar eclipse will be taking place in winter, so wrap up warm. Hot drinks and snacks are optional. It's also a good idea to bring a seat. And to help you with the practicalities involved, a spare set of hands is always a good idea.

A day before the lunar eclipse, make a checklist of all the equipment you're going to need. And don't forget complementary items such as:

Try not to get too disheartened if your photos don't turn out perfectly. Treat this lunar eclipse as a learning experience... until the next one! 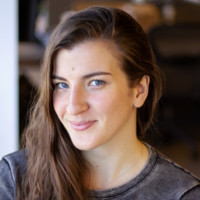